The Board of Directors has ultimate responsibility for supervising the top-level operational management personnel of the Comet Group. The Board sets the Group’s strategic goals and the guidelines for organizational structure and financial planning.

Composition of the Board of Directors of Comet Holding AG

On December 31, 2019 the Board of Directors of Comet Holding AG had the following seven members:

Additional information on the members of the Board of Directors

The information below outlines the education, significant professional experience and current position of each Board member. Where a place name is not followed by a country or state, the country is Switzerland. 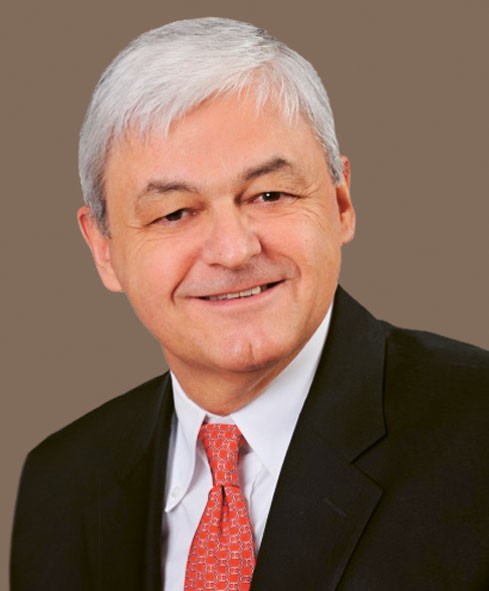 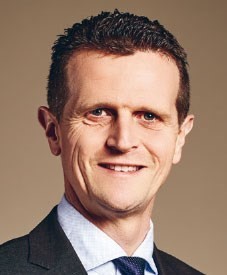 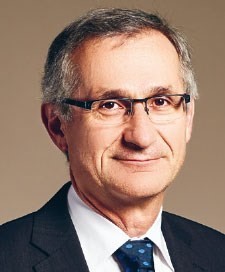 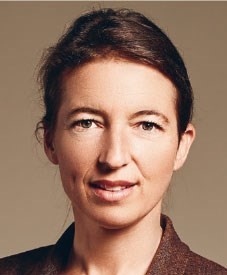 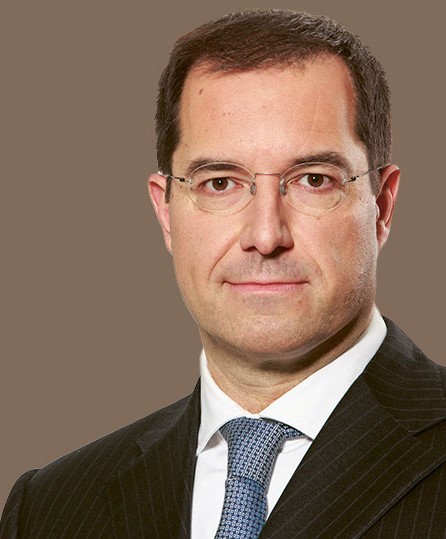 1990 to 2006: Various positions at Sandoz, later Clariant, including CFO for ASEAN region, head of country organization of Clariant Mexico, and head of corporate development; since 2006: CFO and member of the Executive Committee of Clariant AG 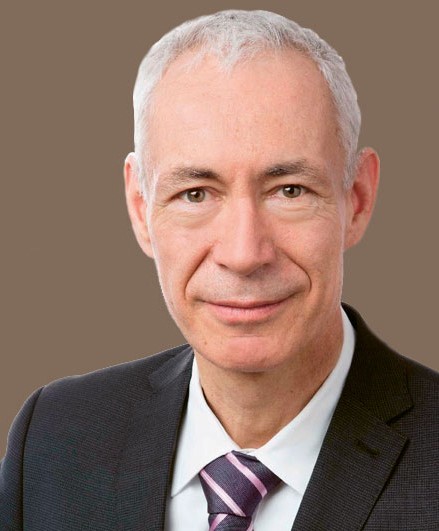 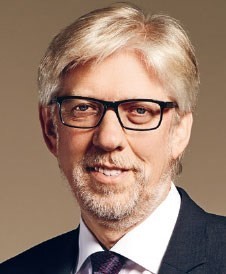 At the balance sheet date of December 31, 2019, Board Chairman Heinz Kundert was also interim CEO of the Comet Group and interim president of the ebeam Technologies (EBT) division. No other members of the Board of Directors held operational management positions in the Comet Group. In the three years immediately preceding the year under review, none of the current Board members was a member of the Executive Committee of the Comet Group.

The Board members had no material business relationships with the Comet Group.

Activities and interests outside the Group

Section 27 of the Bylaws, which have been revised for compliance with the OAEC and approved by the Shareholder Meeting, specifies the allowable number of other, external positions that members of the Board of Directors may hold on top management or supervisory bodies, as follows:

At December 31, 2019 the members of the Board of Directors had the following positions on top management or supervisory bodies of significant Swiss and foreign private sector and public sector companies, institutions and foundations:

Under the Bylaws of Comet Holding AG, its Board of Directors must have at least five members. The Board members are elected by the Annual Shareholder Meeting for a one-year term. They are individually elected when standing for election or re-election. The Shareholder Meeting also elects one member of the Board of Directors as the Chairman of the Board, and elects the members of the Nomination & Compensation Committee.

The term of office ends at the conclusion of the next Annual Shareholder Meeting. Re-election for consecutive terms is permitted. If elections are held during a term to replace or add Board members, the newly elected members serve for the remainder of the current term.

The maximum age for membership on the Board is 70 years. Every Board member must retire from the Board on the day of the Annual Shareholder Meeting held in the year in which he or she reaches 70 years of age.

The Bylaws are in accordance with the legal requirements of the OAEC.

Except for the election of the Board Chairman and the members of the Compensation Committee by the Shareholder Meeting, the Board of Directors constitutes itself at its first meeting after its election or re-election by the Shareholder Meeting. The Board appoints its Vice Chairman, the members of the other Board committees and the Board Secretary. The Secretary need not be a member of the Board. The Board meets at the invitation of the meeting’s chairman as often as business requires, or when requested by a Board member in writing for a stated purpose. The Board has a quorum when the majority of members are present.

The Board passes its resolutions and performs its elections by an absolute majority of votes cast. In the event of an equality of votes, the chairman of the meeting has the casting vote. Resolutions on a motion may alternatively be reached in writing if no Board member objects to this method. Minutes must be kept of the deliberations and resolutions and be signed by the meeting chairman and the Board Secretary. The minutes are submitted to the Board for approval at its next meeting. The Bylaws are in accordance with the legal requirements of the OAEC.

Functioning of the full Board of Directors

The Board of Directors is regularly kept informed of the course of business by the CEO and CFO at its meetings, and also on an ad hoc basis as needed. Other members of the Executive Committee, other management staff and specialists of the Comet Group regularly attend Board meetings to report on particular projects in their area of responsibility. As well, external advisors are consulted as required to deal with specific matters. The Board receives monthly written financial reports on the current business performance.

In fiscal year 2019 the Board committees had the following members:

The committees’ principal function is to prepare decision support for the full Board in special subject areas. At the regular meetings or as required, the full Board is kept informed of the activities of the individual committees. The overall responsibility for the tasks assigned to the committees remains with the full Board, which decides as a body on all proposals.

The Nomination & Compensation Committee is made up of two members of the Board, who are elected to the Committee yearly by the Annual Shareholder Meeting. In the year under review these members were Rolf Huber (chairman) and Mariel Hoch.

The term of office is one year. Re-election for consecutive terms is permitted. The NCC prepares all agenda items related to the nomination and compensation of Board members and Executive Committee members. The NCC itself does not make decisions, but prepares proposals for the approval of the full Board of Directors. The Committee has the following responsibilities in particular:

Additional responsibilities may be assigned to the Committee as required. The Nomination & Compensation Committee convenes for at least two regular meetings per year. The NCC may hold additional meetings at its discretion. The Committee may invite other Board members, Executive Committee members and specialists to its meetings as required.

The Audit Committee supports the full Board in exercising oversight of accounting and financial reporting and in monitoring compliance with legal requirements. The Committee has the following responsibilities in particular:

During the fiscal year, two meetings were held by the Audit Committee. They were attended by the external auditors, internal audit, the CEO and the Chief Financial Officer (CFO). The Committee may invite other Board members, Executive Committee members and specialists to its meetings as required.

The Technology Committee provides support to the full Board in matters of technology. The Committee has the following responsibilities in particular:

The Committee meets as often as business requires. In the year, the appraisal of technology sector developments, as well as the development measures taken by the Group, were regularly discussed with the division presidents in the course of the Board’s scheduled meetings and the Committee meetings.

BoD: Regular meeting of the Board

y: Not a member of the committee

Monitoring and control with respect to the Executive Committee

The monthly financial reporting by the Executive Committee on the current course of business and important transactions gives the full Board of Directors the information needed to properly discharge its responsibilities. The standardized internal reporting of the Comet Group consists of the IFRS-based consolidated balance sheet, statement of income and cash flow statement, as well as detailed management reporting. Complementing the monthly consolidated financial statements and a comprehensive range of financial ratios, the management reporting presents and comments upon additional information such as new orders and order backlog, staffing levels and accounts past due, provided in table and chart form. This data is presented both by division and on a consolidated basis for the Group and is compared to the prior year and the rolling forecast. The resulting insights and actions are discussed monthly by the Executive Committee. All monthly financial statements are submitted to the Board of Directors, which discusses them at its meetings.

As a longer-term control tool, a rolling multi-year plan is prepared annually for the subsequent three years. In addition, every quarter, management generates a rolling forecast for the following five quarters.

These forward-looking control tools, which are accompanied by detailed commentary and documented with charts, enable the Board to continually evaluate the financial effectiveness of the adopted business strategy and then to take action if and as required.

Since 2006 the internal audit function is performed on a consulting basis by Robert Kruijswijk, who is based in Elgg, Switzerland. His compensation is determined by the amount of work performed. In the year under review, Robert Kruijswijk carried out various special audits at a number of locations. The reporting is based on the audit priorities newly approved by the Board each year. The nature of the coordination and cooperation between the internal audit function and the external audit firm, complete with the identification of the respective responsibilities, has been specified in writing and approved by the Board.

The following processes were audited in the fiscal year:

The internal auditor reports directly to the Audit Committee of the Board of Directors, at least twice per year and more frequently as required. On completion of each special audit, an audit report is prepared and is discussed with the Executive Committee and the national lead personnel responsible (typically the local company presidents responsible for the relevant business) and/or the persons directly affected by the audit, in order to initiate the implementation of the planned measures. The internal auditor then prepares a final audit report for the Board of Directors, with a corresponding action plan.

Risk management includes the annual evaluation of strategy by the Board and the assessment by the Executive Committee of insurance cover, of the general business risks and of the major balance sheet items. The approach to risk management is described in a risk strategy approved by the Board and is specified in a written risk management procedure for implementation by the Executive Committee. Under the direction of the CFO, the significant risks in the individual business areas and departments are identified in quarterly working group sessions and systematically described and categorized in a risk matrix. The risks are assessed using a risk rating based on the probability of occurrence and the potential severity of loss, as well as by calculating potential absolute financial risk. For the risks classified as important, action plans are formulated to minimize the probability and/or potential severity of loss. The Executive Committee of the Comet Group regularly reviews the effectiveness of the actions taken and decides on a potential updating of the risk portfolio. Newly identified risks are added to the portfolio and action plans are formulated to manage them.

In the fiscal year, several meetings were held on the subject of risk management, with specialist support by the General Counsel of the Comet Group, who is also Corporate Risk Manager. Through separate reports, the Audit Committee at each of its meetings is kept advised of the current assessment of the Group’s risks.

The significant risks and controls are in accordance with the objectives and quality requirements established by the Board of Directors. The staff members responsible for the internal control system have been designated Group-wide, the employees involved have been trained and the control functions clearly assigned. The controls have been integrated in the respective processes and are periodically tested for effectiveness, logical sense, and efficiency. This approach ensures that risks are detected at an early stage and that the necessary countermeasures can be taken swiftly thanks to the internal controls. The introduction of a uniform, systematic process for risk detection and assessment has enhanced the reliability and completeness of bookkeeping and the timeliness and dependability of financial reporting.

In the year-end audit, the independent auditor audits the internal control system of the Comet Group in terms of risks related to financial reporting and provides a report on the findings to the Board’s Audit Committee.